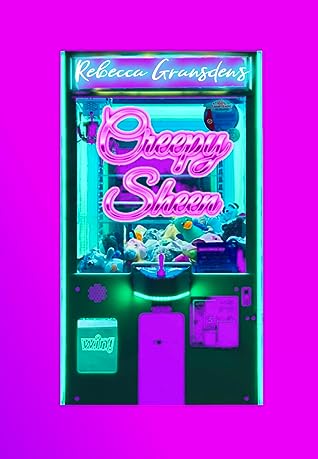 Synopsis
For decades, Humankind sent transmissions around the globe. In addition to reaching every corner of the planet, the signals travelled beyond, into the dark void of space. All of broadcast history made its way gracefully through the stars, racing into the unknown—until the mid 1980s, when nuclear mushroom clouds plumed in the skies of Earth’s Third World War.

The magnitude of the explosions caused the extinction of life on Earth, and sent a shockwave through the fabric of reality. Due to this anomaly, all broadcasts running at the time of the bombs hurtled into space at an impossible speed. The signals, disobeying natural laws, outran and passed all transmissions from previous eras, leaving them far behind. At the head of Earth’s messages to the cosmos travelled the collective broadcasts from one atomic day in history.

In a remote star system, eyes turned towards the approaching 1980s transmissions.

Curious consciousnesses examined the broadcasts from the strange extinct civilisation of Earth. Filled with these transmissions, the distant consciousnesses devised their response. They returned it in the form of their own transmission, directed back to the origin of its inspiration—1980s Earth.

That transmission is Creepy Sheen.

This book is so bitchin’! Look, I know I say this about everything Rebecca writes, but she’s so bloody excellent! I was excited when Rebecca told us she had some new releases coming this year, and I waited eagerly to see what she would drop. She did not disappoint! With that said, this book wasn’t an instant love, it took me a story or two to find my feet and figure out the mood. But once I did, boy did I have fun! I did what I’ve done a number of times with Gransden stuff; I got to the last page and flicked right back to the start to read them again!

I bloody loved these stories, I did, and more so on the second read. Some are creepy, some reflective, and some are a lot of fun and rather self-aware, often using horror clichés with a tongue firmly in the cheek, (even straying into the parody realm here and there,) which brought a smile to my face. Think of an 80s horror trope. Do it now. Ya got one? Yep, that’s in this book. Cast Nick Cage in the movie adaptations of these stories, please.

Rebecca Gransden is a master of creating tension and laying in a sense of unease, and we get a fair amount of that in this collection, even during the silly stuff. That takes great skill, and it is executed flawlessly. Some of the stories felt weird and creepy, and some were laced very much with Gransden trademark sinisterism. All of the stories have this wonderful 80s vibe that is described throughout so well. I pictured lots of big hair and neon. It’s not all whimsy and nostalgia, though; there’s a good helping of social commentary and observation thrown in to keep the ol’ grey matter firing, and to ensure the stories are still meaningful and have something to say. With Creepy Sheen, Gransden, yet again, delivers a fantastically entertaining collection. Lucky us! Special commendation on perfectly named characters.

Anyway, I’m off to write fanfic about what happens next to Myra, while I flick my hair from my face. Until next time, peace and love!

Jack CJ Stark is a storyteller. View all posts by ItsCJStark